First in the Netherlands

In 2003, the Dutch company Nuon decided to establish the first full-scale, commercial district cooling system in the country. The system was to be installed in Amsterdam in partnership with Capital Cooling Europe (CCE), an energy consultancy and energy management company with extensive experience in district heating solutions from Sweden. The Zuidas area of Amsterdam is the city’s business centre and home to numerous leading financing companies, international hotels, law firms, IT companies, the RAI congress and trade fair centre, the VU University Hospital and the World Trade Centre.

It was therefore decided to set up the district cooling project along the A10 motorway between Schiphol Airport and the centre of Amsterdam. The first district heating supplies were commenced in May 2006. Nuon’s first customer was the head office of ABN AMRO, with an estimated maximum annual cooling requirement of 9.6 MW. The existing groundwater cooling unit – which was just three years old – was replaced with the more efficient and reliable district heating installation from Nuon. The installation was dimensioned to cover demand of 76 MW at peak load, which was expected to be reached in 2012. The intention was subsequently to achieve production of 100 GWh based on a combination of free cooling from the bottom of Nieuwe Meer Lake and a number of chillers.

Traditional, separate chiller installations usually achieve only a low energy efficiency ratio (EER) of 2.5 (1 kWh of electricity to produce 2.5 kWh of cooling), while the factor for solutions based on groundwater may be twice that. By way of comparison, the Zuida district cooling system requires only 1 kWh of electricity to generate a cooling effect of 10 kWh. This means that district cooling has the capacity to reduce carbon - emissions by around 75% compared to conventional chillers. 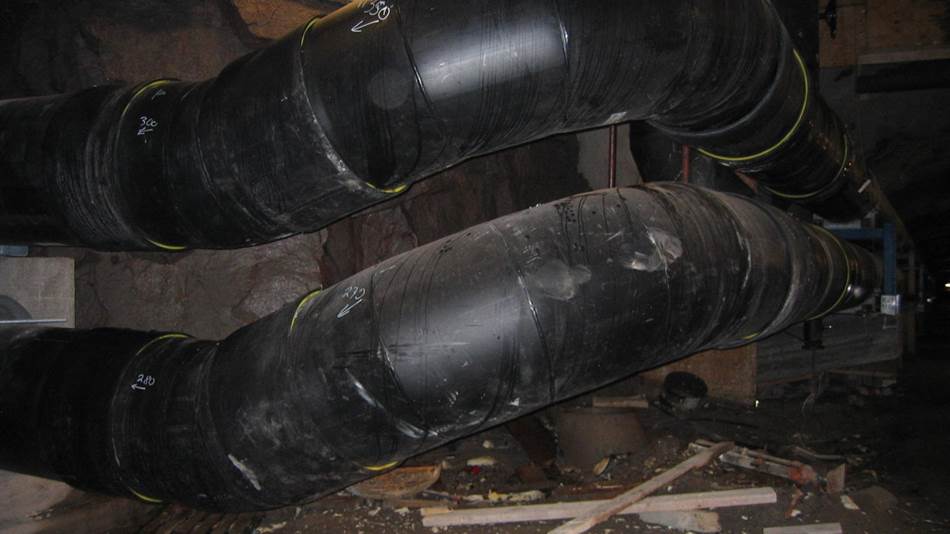 In order to meet the increasing demand for cooling, Nuon set up a second district cooling network – Zuidoostlob – in the business section of Amsterdam. This time, cold water in Ouderkerkerplas Lake provided the cooling capacity. Water at a temperature of 5°C is pumped to a production facility on the other side of the A2 motorway. Here, the lake water is led through heat exchangers, cooling the water in the closed distribution network consisting of preinsulated pipes from LOGSTOR. The total capacity of the distribution network is approx. 60 MW. This network is integrated with the cooling systems in the office buildings.

To find out more about Nuon District Cooling, see https://group.vattenfall.com/nl